Our Team Meet with Aisulu 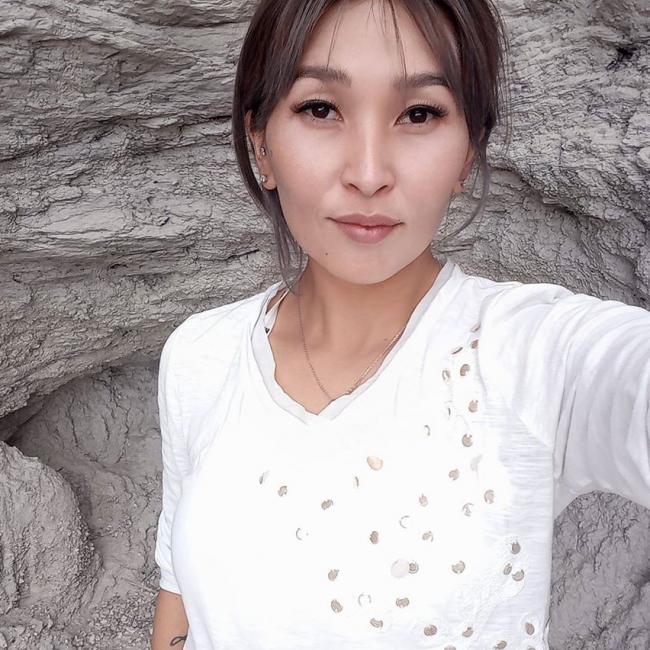 Hi all! My name is Aisulu. I have been working for the "Nomad’s Land" tourist agency since 2011.

In our dynamic company I work as a trip designer, I can organize for you an interesting trip to Kazakhstan and Uzbekistan according to your own wishes. The work should be inspiring, so I chose a job in tourism, which allows me to meet interesting people and also gives me the opportunity to get to know my own country, Kyrgyzstan.

If you want to travel to the land of mountains - Kyrgyzstan and the land of the steppes - Kazakhstan, I will be happy to accompany you to tell you about the history, culture and traditions of the nomadic peoples of Central Asia. With you we will follow the same routes used by loaded camel caravans during the Great Silk Road era. We will see the change in the appearance of the countries which survived the Mongol invasion, annexed the Russian Empire afterwards and subsequently became part of the USSR, but they won independence and sovereignty at last. Despite everything, the inhabitants of the region have managed to preserve their individuality, traditions and culture. The hospitable peoples of our countries will show you their way of life, their applied art, their secrets, intelligently manage horses, teach national dances and games that will not leave anyone indifferent.

Welcome to our sunny countries !!!

Exploration of the Tien-Shan and Uzbek cities

On the Uzbek lands between the Amu Darya and Syr Darya rivers there is a large Asian desert - Kyzyl Kum. In addition to Uzbekistan, Kyzyl Kum partially extends into the lands of Turkmenistan and Kazakhstan, occupying a total area of ​​300 km2. Despite the sluggishness of the sandy massifs, the drought and a strongly continental climate, the flora and fauna are quite diverse, especially with the onset of spring, when the amount of precipitation increases.

In addition, the lands of Kyzyl Kum are partially developed by man - small oases are created on the basis of artesian basins, deposits of gold ore are discovered, and sheep farming is practiced.

Samarkand is famous for its surprisingly long history - it is one of the oldest cities in the world, founded 8 centuries BC. In the old days, this city was the most important point connecting East and West, and the Silk Road passed through Samarkand. Therefore, here, as nowhere else, a huge number of cultural and historical monuments have been preserved - such as mausoleums, museums, mosques, the ruins of ancient settlements and much more.

Samarkand was proclaimed in 2001 by UNESCO crossroads of cultures and world heritage site.

Almaty - one of the major cities of Kazakhstan, located in the southeast of the Republic of Kazakhstan, in the foothills of Zailiyskiy Alatau; the city's population is about 1.5 million inhabitants.Although Almaty is not anymore capital of the republic, the city is still the financial, economic and cultural center of Central Asia.

Picturesque mountains are the hallmark of Almaty. You can enjoy views of the cable car climbing to the highest point of the city of Kok-Tobe ("Blue Mountain"), located at an altitude of 1,130 meters above sea level. From this summit offers a magnificent view of the mountains and the city. It is especially beautiful at night when the city is illuminated with colored lights.

Two big rivers - the Big and Small Almaty flow down from the mountains and provide the city with fresh water reservoirs and fountains fill the coolness and freshness.

Altyn Emel National Park is the largest and most famous nature conservation area in Kazakhstan, where the famous Singing Barkhan, the majestic Sak kurgans and the picturesque mountains of Aktau and Katutau are located. The park covers 523053 hectares and is located in the valley of the Ili River, 300 km away from the city of Almaty. Altyn Emel lies in the desert and mountain zones, where 1,800 species of plants grow. Within the park there are 78 species of mammals and 260 species of birds. On the spacious plains and mountain slopes gazelles, kulans and argali feel great. Apart from that, the park staff is doing a lot of work to weigh the endangered species like the Przhevalsky horse. Also in the national park there are radon sources.

Charyn Canyon is a picturesque deep gorge in Kazakhstan, stretching for 154 km along the Charyn river valley, not far from the border with China and Kyrgyzstan. The dried up bed of the ancient river, a unique natural monument, more than 12 million years old, fascinates with its cosmic landscapes. Given the size and geological features of the Charyn Canyon, it is often referred to as the "younger brother" of one of the largest gorges of the planet: the American Grand Canyon. We can also observe a Relic Forest of ash tree. Reddish cliffs and abysses that are similar to castle towers, depths from 150 to 300 m, impress everyone who has been here. The most visited and famous is the site of the canyon, called the "Valley of Castles". Enjoy a walk along a narrow valley with fantastic-shaped walls.

It was declared a protected reserve in 1964 and today intagrated in the Charyn National Park.

From my photos album